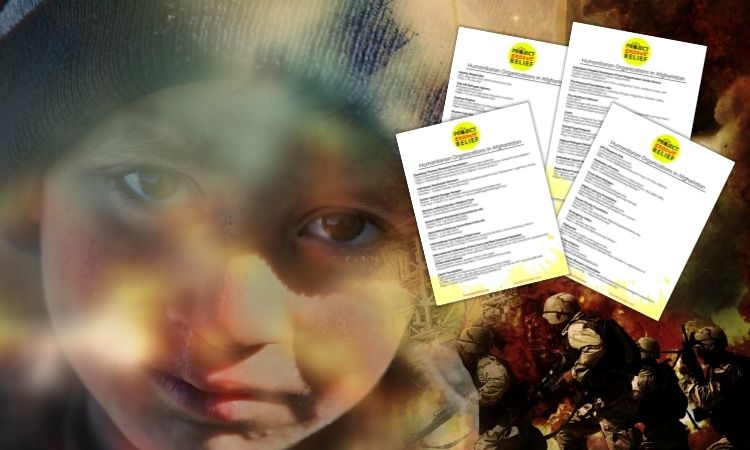 As we, Project Exodus Relief, continue our efforts to evacuate the American citizens and Green cards holders, along with those that have Special Immigrant Visas, we are facing an immediate harsh reality (and we are not referring to the Taliban). Situations on the ground are becoming more and more difficult, not only for those who are trying to leave Afghanistan, but also for those who don’t have the paperwork to do so.

We don’t forget about the Afghan people. They face the same hardships as the others that will eventually have the opportunity to leave. We refuse to turn our backs on them and are committed to helping the Afghan men, women and children in any way that we can.

In the rush and chaos of the events that ensued near the Kabul airport at the end of August 2021, the US military was getting ready to pull out of Afghanistan to leave the country and its resources to a terrorist group that managed to take over in just eleven days. As the word got out, thousands descended upon the small Kabul airport area from all over the country with only the clothes on their backs and a handful of paperwork, in the hopes to make it out on a plane.

Their unanimous goal was to flee en masse in order to escape the empowered Taliban regime that threatened to be Afghanistan’s worst nightmare, which has since proven to be true. As the Taliban checkpoints were set up and the bomb scares grew, most fled away from the airport for safety, dashing their hopes for a speedy escape. Many Afghan people were displaced because they were not originally from the city of Kabul. There are some still in the area, waiting to see if there is a way to make it on a flight.

We’ve heard stories of some that ran out of money and couldn’t make it back home. And even worse, those that did make it home, found out that the Taliban had taken over their streets, neighborhoods and villages. Imagine the horror that a growing number of Afghans experienced when they walked into their homes, only to discover that Taliban terrorists were now living in their homes. This is still ongoing. (source)

Where are they to go, especially when we know they’ll have a big problem to deal with? Reality is setting in… “Winter is coming and we won’t leave the country in time, if at all and now, we don’t have a home.” Thousands have lost everything.

A Harsh Winter Ahead

“Afghanistan has extremely harsh winters,” Edwards (Project Exodus Relief leader) said. “It starts getting cold about this time of year and talking about snow and stuff, and with this shortage of food there’s going to be a massive starvation event in that country.” (source)

A brutally cold winter is the most pressing challenge Afghans face right now, particularly those that have nowhere to stay. Jalal texted one of our team members in despair, “Weather changed in Mazar… it is cold my children don’t have warm cloths , my 11 month old daughter is sick can’t effort to take her to doctor or buy warm cloths.”

As Jalal’s family awaits a flight out of Afghanistan, we receive many similar messages from others. It is impossible for us to send money to every single family for them to buy warm clothes or to go to the doctor, but we can definitely tap into those who can. In doing some research, our team has found several dozen humanitarian organizations, groups and individuals in Afghanistan that can help.

Our hearts swelled to see just how many there are in the country of Afghanistan. They can meet immediate needs in ways that we can’t. We are extremely grateful to see that so many others are willing to help and are our “boots on the ground” as we all work toward a common goal: to offer aid.

Our team found about three dozen humanitarian organizations, groups and individuals that are giving their time, effort and resources to those in need in Afghanistan. We got to work and put them together on a list to share with everyone in PDF form. If you know someone in Afghanistan, please give them the link to this page so they can download it and share it.

Do you know of other humanitarian organizations, groups or individuals that are helping in Afghanistan that didn’t make on he list? Please share their information with us here: