Part 2: We Have The Power To Make A Difference 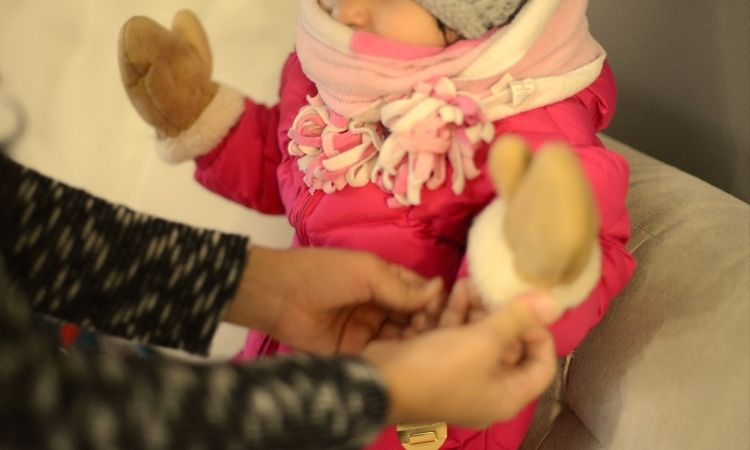 In my first article titled “We Have The Power To Make A Difference,” I shared with you Jalal’s story. It gave you a glimpse into what our Afghan ally, Jalal, and his family have been enduring since Afghanistan fell to the Taliban in August 2021. Like I mentioned, this is our first story with updates.

This is Part 2 of their near-impossible journey. It will show you how we have been making some fantastic breakthroughs. We hope that these updates will encourage you.

The Weather Has Changed

The snowfall season begins in October in Afghanistan. Mazar e Sharif is located roughly 1,200 feet above sea level. During the day, winter temperatures can reach as low as 35°F, sometimes below freezing. Because precipitation is at its peak during winter, paired with freezing temperatures, snowfalls can be frequent and heavy.

Even though the worst conditions haven’t arrived yet, they have already begun. The frigid and possibly devastating temperatures are an inevitable worry that keep Jalal and his wife awake at night. In winter, cold waves are possible, with peaks of -13 °F. For reference, at 15 below zero with a little bit of wind, frostbite is possible within 15 minutes. At 30 below zero, hypothermia can set in in about 10 minutes.

“My Children Have No Warm Cloths”

If you remember from Part 1 of Jalal’s story, he said this:

What a heartbreaking statement… “My children have no warm cloths…” a statement no parent should ever have to make. But with them losing everything they owned, they barely had a backpack with basic necessities. Back in August, when they were planning on leaving Afghanistan, they weren’t even imagining that they would still be trapped there and that they would need to worry about Afghanistan’s harsh Winters.

To make it worse, Jalal’s 10-month old daughter got sick; so much so that she actually needed to visit a doctor. But how are you to do that when you are living in fear, hiding from assured retaliation from the Taliban? If they found out that Jalal had worked for the United States government, he’d be killed on the spot. Staying in a safe house, in close quarters with many others sharing a room full of mattresses and constantly battling to get healthy food on top of the cooler weather, it was a matter of time when the little one’s immune system would give out and she would get sick.

Reading Jalal’s message was more than what we could bear. JJ, his POC (Point Of Contact), immediately got to work. He began researching ways on how to send money to Afghanistan. He worked diligently, but in all honesty, it proved to be more difficult than expected. After several tries, he finally succeeded and was able to send Jalal some cash. Through trial and error, the money needed to be transferred through one system into the country and through another system to get to Jalal.

A few days later, JJ touched base with Jalal and asked him if his daughter was better. He responded, “yes, she is ok  i received the money today, then i took her to doctor , and also bought them warm cloths , they are very happy , thank you very much   God bless you   it means a lot for me ,” After the doctor’s visit and the warm clothes for his children, they were only left with enough food for about one week. JJ sent them enough for a few more.

We ARE Making a Difference

The fact that we were able to help Jalal and his family in their time of greatest need was possible by kind-hearted individuals that donate to our cause. Every dollar is used responsibly and put in towards the best application to maximize its reach and impact. But Jalal’s story doesn’t end here. Stay tuned for yet another update from them soon.

When it comes to meeting immediate needs, Project Exodus Relief never turns a blind eye. We are helping American citizens, Visa holders and Afghan allies in every way we can. The team of Project Exodus Relief is not only focused on getting flights to rescue people, but we are also working on the ground route front, the security front as well as the humanitarian front.

Would you like to make a difference and be a part of this project that is bigger than life? We invite you to join us by giving towards all of our efforts in Afghanistan. We are a 100% volunteer group, so all donations go straight to meeting the needs of our AMCITS (American Citizens) and Afghan friends. You have the power to make a difference, right here, right now, especially with the harsh Winter months approaching. Thank you very much.