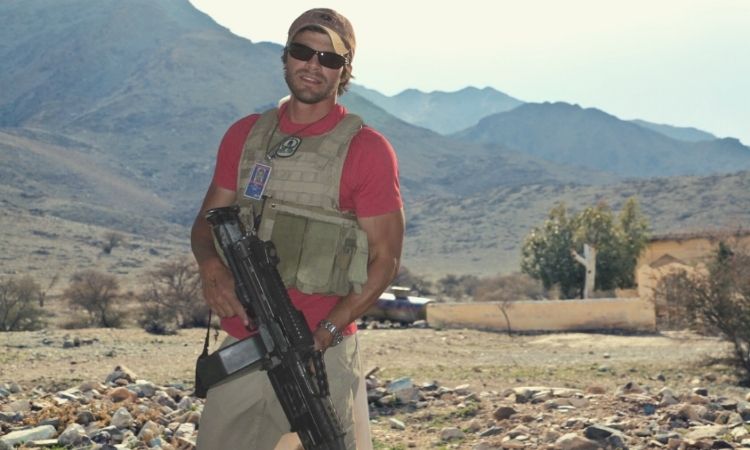 Tommy Breedlove is one of the first to join Mike Edwards in his small group of friends, who would later officially become the Project Exodus Relief Team. Growing up in Ozark, Missouri, he always showed an interested in Infantry and loved learning more about it. He looked up to soldiers that went face to face with the enemy.

He knew he wanted to be Airborne, wisely following in his father’s footsteps. Tommy’s father served in Vietnam with the 173rd Airborne Brigade. He would share stories and different experiences from when he served over there.

A Man of Many Hats

Now, it was time for Tommy to serve. Not only would he make his family proud; he would make the United States a better and safer place. He honorably served in two wars: Iraq (2004 to 2008) and Afghanistan (2009-2012). During these years, he worked side by side with Iraqi and Afghan soldiers in Baghdad, Nasiriyah, Jalula, Sadia, Baqubah, and Kabul.

Never a Dull Moment in Iraq

Needless to say, this adventurous life led to many memorable experiences, ones that he will enjoy sharing with his children, just like his father enjoyed sharing his with him. For example, he recalls engagements while in the turret of a HMMWV. These tend to always stick out in his memory in which he spent much of his time.

While traveling down Route Irish in 2007, the enemy engaged their limo from a building that they knew very well. Tommy was actively trailing the limo and called out contact 3. He engaged with the 240B. They kept pushing off the X. He continued to engage 3 enemies firing at him in the turret with small arms, and setting up for an RPG shot.

He watched the first enemy fighter collapse. The only other two he could see were found dead with the first by a Special Forces team, who witnessed the shooting from an area they were operating in. They cleared the building and reported to their TOC that he had killed 3 enemies with multiple small arms and RPGs. They were set up to hit high value targets.

Tommy is a humble and kind team member, but don’t let that fool you. As you have read in just one of his many adventures, he has the courage of steel and the determination to get things done right. He brings all of these character qualities and so much more to our Project Exodus Relief team. His operations intelligence helps make this group invincible.

Tommy has been awarded medals; all from before the wars, for various achievements in training. The Blackwater rifle was awarded for actions under fire in Baghdad. But as you know, awards don’t come for free. They are awarded for bravery, which sometimes means that they are accompanied by injury or worse. Tommy got a traumatic brain injury (TBI) from indirect fire.

Listen to my interview with Tommy about his thoughts on Afghanistan and Project Exodus Relief. 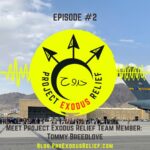 Heroes like Tommy put everything on the line and for that, we are grateful. He is a great leader on the Project Exodus Relief team, but let me share with you how it started. Tommy was the “Mike” of his own group of retired veterans, Liberty Operations Alliance. He was trying to get his own group of guys and their families out. But as the situation in Afghanistan quickly deteriorated, many group leaders realized one very important thing. There was strength in numbers and intelligence, so many started integrating.

Before this, Tommy and Mike had never met, but now, they are like brothers. The bond that our team members have is unique and stronger than we ever imagined. Personally, I cannot imagine life without them anymore! What has brought us together is a shared goal and our successes only reinforce our resolve to keep going.

Tommy shared that everything he trained for during his military career has prepared him for what he is doing now. He calls it “Divine intervention,” and rightfully so. If there is one thing that I want you to walk away with today is that, even though Tommy doesn’t have an official title, during the past few months, he has been doing everything and anything that is needed to help rescue people.

His responsibilities vary greatly, from operations, moving people, doing interviews to giving hope to the families that are still stuck in Afghanistan, writing articles, sending money to his people in Afghanistan, coordinating the gathering of intel there on the ground, mobilizing donations for those getting resettled in the US, just to name a few.

We are grateful to have team members such as him on the Project Exodus Relief team and I cannot wait to share more of our team member stories because they are all amazing people. They volunteer their time and resources with the determination to be successful in their rescue efforts in getting our American citizens and Afghan allies to safety.

You can join our cause by becoming a member of our team through your giving. Your generous donations go fully toward the rescue efforts as well as keeping the Afghans safe and fed. We cannot do it without you. Help us by donating, by spreading awareness on the situation in Afghanistan and by contacting your local and federal representatives to demand that they get involved in this effort. Thank you!

A Veteran’s Day With Afghanistan On Our Minds

To My Veteran Team Members in Project Exodus Relief