Part 3: We Have The Power To Make A Difference 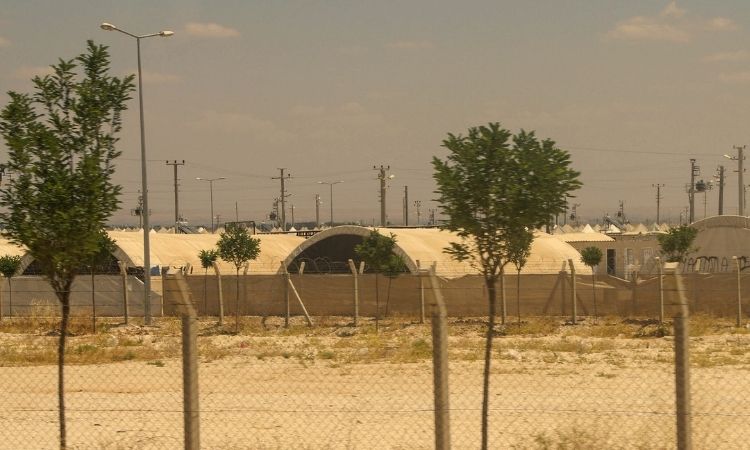 We are always excited to share success stories with our readers on how we are able to rescue American citizens and Afghan allies. Not only do they rekindle the fire inside of us to keep our shoulder to the wheel in our rescue efforts, but we know that they also motivate you to know that there are good things happening with your generous donations. We don’t take any of you for granted and we are grateful for your support. Your gifts make a difference.

But, as you know, for security reasons, we are not able to give you the details of these success stories until some time has gone by. We want to make sure that the families or the individuals that we rescued are out of danger. Also, we have to give them assurances that they won’t face retaliation in any way when we tell their stories. That is why we protect their names and faces as well as locations.

As the days and weeks go by, we collect many anecdotes of little and big things that we are able to do for our American citizens and Afghans allies behind enemy lines in Afghanistan in the hopes to share all of them with you someday soon. Now, we are humbled to continue telling you Jalal’s story. We were able to connect with him through our rescue request website and help him and his family in several different ways.

You can read Part 1 and Part 2 here. We really, truly have the power to make a difference!

No Money, No Food, No Medical Access, and Almost Out of Time

Jalal is an Afghan ally who worked shoulder to shoulder with our US soldiers for years as a translator. He and his family (wife, son and young daughter) were promised a better life by the United States government. That promise was broken the moment the US withdrew their presence in Afghanistan at the end of August 2021.

Their hopes and dreams were dashed. And not only were they not going to attain a better life, they were left behind and at the mercy of the Taliban. But Jalal didn’t give up. This strong man with a gentle and very polite demeanor reached out to JJ, a member of our Project Exodus Relief team, asking for help. JJ did everything he could to help him and his family in any way possible and nearly impossible.

But as time transpired, the weather changed. It began to get colder as winter was fast-approaching. The family didn’t have money for warm clothes or food. What’s worse, Jalal’s 10-month old girl got sick and needed a doctor. Without money, they weren’t able to take her in to be seen. JJ and I sent them money for the three things that they needed. Jalal was able to take his daughter to the doctor and got some medicine. She is doing very well now.

With the hope that they could get on a plane out of the country soon and because of the current Afghan bank restrictions, we were only able to send him enough money to feed them for one week. JJ, the lead flight coordinator on the team, put Jalal and his family on any and every flight manifest that would come out. He didn’t give up. JJ was determined to get this family out of Afghanistan and into a place of safety. His efforts paid off.

Waiting for “The Call”: Hurry Up and Wait

We heard that Jalal and his family would finally get on a flight, but after going through so many false alarms, it was necessary to fight the excitement and not get our hopes up until we saw that something was really happening. Jalal would text JJ and tell him that he couldn’t understand how people staying in the same safe house without documents would randomly get “the call” to get on a flight. And off they went! They would leave the country, just like that!

It was great to know that people were leaving and getting to safety, but why wasn’t Jalal getting the call? They all had the paperwork that they needed to get out without any issues. In fact, they could fly straight to the United States if they wanted to. What was so pressing was that their visas were literally about to expire and if they did, they would fall back into the mass of undocumented people. Without a US embassy in Afghanistan, it would be virtually impossible for them to get their visas renewed or extended.

As the days and hours passed, we were calling everyone we could, including our state representatives in Arizona, Rep. Gosar and Sen. Sinema, to ask them for help on behalf of this family. Their staff were very accommodating, sympathetic and helpful. We gave them all of the information that they asked for. All we could do was try and then pray and wait. Finally, Jalal got “the call.”

The truth is, we will never know what, out of everything we tried, exactly ‘worked,’ but if it involved our state representatives, Gosar and Sinema, we want to give you a big “thank you.” He and his family would make it on a flight out of the country THE DAY AFTER THAT THEIR VISAS WERE EXPIRING! The State Department said that they would get their visas extended at the lilly pad once they got there. How amazing is that?!

Once a family leaves the terrorist-run country of Afghanistan, they must be taken into a country nearby. It’s called a lilly pad. Families land there temporarily and fly elsewhere after their processing time is over. This requires a lot of negotiating and a lot of planning. Many of these surrounding countries closed their door, full stop.

Other countries were putting out stipulations, such as requiring those that fly them out to support them during the processing time that they are in that country. This requires quite a bit of funds. Thankfully, the United States government would help out in this capacity in some instances. So Jalal’s family got to fly out to a lilly pad country.

Look at their picture below. My heart swells looking at it. But you know what is even more special? How JJ and I stayed up way past midnight on a Friday night, tracking their flight on a special application that shows us where planes are flying. We were staring at the screen like little children tracking Santa’s sleigh on Christmas Eve. Seeing the airplane take off was a huge weight off of our shoulders. It was such a special time of celebration. I can only imagine how this family must have felt!

We Have the Power to Make a Difference

Jalal and his family arrived at that lilly pad country. We could finally sigh in relief. Even though they have not arrived at their final destination in the United States yet, they are now safe. Jalal’s family is well-taken care of by those working there. They are staying warm and are being fed. They have sent us pictures of them eating at the chow hall and going for a walk by the hangars.

Jalal and his family are getting processed and are happy. Jalal’s kids got toys to play with and they have activities going on to pass the time. They are also able to spend outside, close to where they are staying. Due to their expired visas needing extensions, they will have to stay there for a few weeks while these get processed. To them, it was a good and safe place to decompress from all of the stressful experiences that they had been going through for a couple of months.

They will also take time to digest everything that happened to them so they can heal and move on together as a family. It is almost like a vacation for them, if you can envision it. But the important thing is that Jalal and his family are out of danger and they are grateful for it. We are pleased with how well this story is going. They are getting all of their processing done and will be on a flight to go to their new home in the United States soon. Today, we won.

Here’s How You Can Help

As much as we would love to sit back and bask on the huge victory we won for this family, our work is far from over. We must help others and we will. There are so many more, just like Jalal and his family that haven’t had such a blessed fate. Can you help us get them out, too? You can do so in two ways: 1) donate to our funds that are trustworthy and reliable and 2) get some of our merchandise to spread our message through word of mouth.

We are 100% a volunteer group. We don’t touch that money. All of the proceeds go straight to helping our rescue efforts and to keep them alive by getting them in safe houses, warm clothes in winter, food and any medical help they might need. Thank you so much for your consideration. You have the ability to make a huge difference in people’s lives in Afghanistan.