The Food Crisis In Afghanistan Worsens As Prices Rise 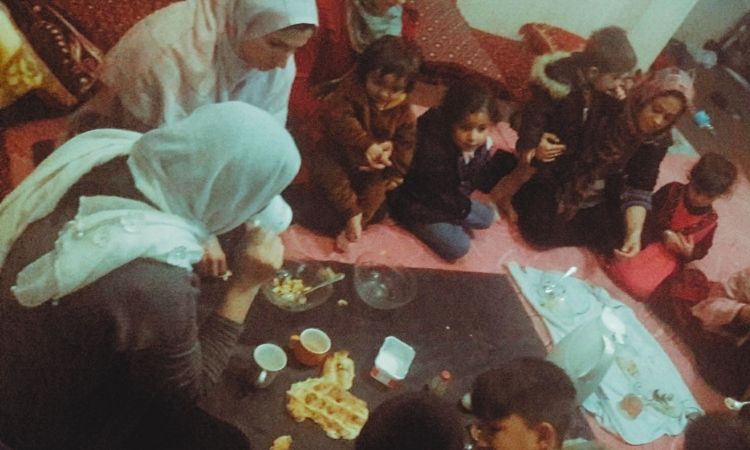 Did you know that every Afghan man, woman and child only needs about 58 cents to the US dollar a day to survive? That is, of course, if they are living off of a diet that lacks the necessary nutrients to keep a body healthy and thriving long term, especially in developing and growing children.

Now that Afghanistan is in disarray, particularly since August of 2021, the food crisis in Afghanistan worsens as prices rise. The prices of food and other essential necessities, such as fuel, are skyrocketing, which is making its people’s situation even more dire.

Afghans Are Running Out Of Food Faster Than Expected

It’s important to underscore that there are many major culprits to the Afghan people running out of food faster than expected. It isn’t just the fact that the US withdrew its presence from Afghanistan and the Taliban took over, although this one major event has created a cascading chain of events that have worsened the situation exponentially.

Consider that drought (dead crops), food shortages, closed borders to surrounding countries, severe winters and supply chain interruptions have made it even more difficult for Afghans to afford food. Several world-renowned humanitarian organizations (such as Save the Children, WFP, UN, UNICEF, etc) have been on the ground, near or around major cities, distributing food, such as beans and flour.

But even after standing in line for hours, resources run out for the day and many Afghans have to go home empty-handed to face the looks of their little hungry children. What a heartbreaking ordeal to have to live through. As parents, nothing makes us feel more powerless than not being able to provide food for our families. The food crisis in Afghanistan is very real, indeed.

Afghanistan’s former president Ashraf Ghani said in July 2020 he expected 90% of the population to live on less than $2 US dollars per day. Confirming this assertion with actual numbers, the Global Hunger Index rated 107 countries. Afghanistan rated 99 on that list. This is an alarming number that should worry everyone, especially now that Afghanistan is under Taliban’s antagonistic tight grip.

According to the World Food Programme, about 40 percent of Afghanistan’s crops were wiped out by drought this year. The socioeconomic impact of Covid has left many families unable to afford essential food. To reiterate the dire state of the Afghan people, rising costs are already leaving many families unable to afford basic necessities, according to the Save The Children organization.

Cooking oil is now twice as expensive as it was a year ago, as the cost of basic necessities has increased. In just one month, in the city of Kunduz in northern Afghanistan, from July to August 2021, the price of flour has increased by 40.6%, oil also increased by 20%, beans by 30% and fuel has gone up by 63.4%. Most Afghans live off of flat bread (such a naan) and unsweetened tea because they cannot even afford sugar. (source)

“Wheat prices are 24% above the five-year average.”

In fact, Afghanistan’s hunger level is so serious that people are starting to sell their possessions, such as refrigerators, clothing, furniture and even vehicles. Others work extra jobs on the side, such as knife sharpening or shoe shining. Yet some also make their children work any jobs they can find for money and food.

In a place of utmost desperation, many are dumpster diving in hotels and restaurants, hunting for food, in the hopes to bring something home for their starving families. And in the lowest of the lowest positions, numerous Afghan parents are selling their children in order to have money to feed their families. This must be the hardest decision that a parent must make so they can keep the others alive. But money goes both ways.

Not only do the Afghan people have less money for food, the shop owners are struggling as well because there are less buyers for their products. A shop owner shares that once upon a time, he used to make about $150 dollars a day. Now, he is only making about 10% of that, which is a mere $15 dollars. He is supposed to keep his business running, procure products to restock his shop and feed his family with the little money he makes.

Doing The Right Thing Under Duress

Something that I have the obligation to mention is that many Afghan people are owed months of backpay. Teachers, healthcare providers, airport workers and many others are still going to work, even though salaries are not coming. Some say that they have not gotten paid for five months.

“Life is tough. I am selling whatever we have at home. We are selling our animals, cutting our trees to sell the wood.”

Part of it is because the Afghan people are hard workers and showing up for work, particularly what would be considered an essential one, is the right thing to do. We are grateful that they love their country and their people. We honor them for that. Another reason is that they still hold onto the hope that they will get paid, eventually. And a third reason is that they fear that the Taliban will search for them for ‘skipping work’ and arrest them or worse.

How We Can Help The Food Crisis In Afghanistan

There is something we can do to help the Afghan people not die of starvation, especially during the severe winter. We have options! Granted, there are many reputable and trustworthy humanitarian organizations and groups that do good work. But we must do our due diligence and vet them all thoroughly to ensure that they are being honest with any donations that they receive.

One thing that I can proudly assure you is that our team at Project Exodus Relief is 100% a volunteer group. We do not get paid a cent. In fact, we give our time, money and resources without an issue because we know that this is a worthy cause. One hundred percent of your donations go toward our rescue and survival efforts.

Some of these include:

The food crisis in Afghanistan is very real and extremely serious. Will you help? Please consider opening up your generous heart and giving towards this honorable cause. We are making history and we are on the right side of it. This is a story you will be proud to say that you were a part of because you rose to the occasion when you were needed most. Join our cause by donating to Refugee Relief International today. From the bottom of our hearts, thank you!