The ‘New Normal’ for Afghan Women and Children in Afghanistan 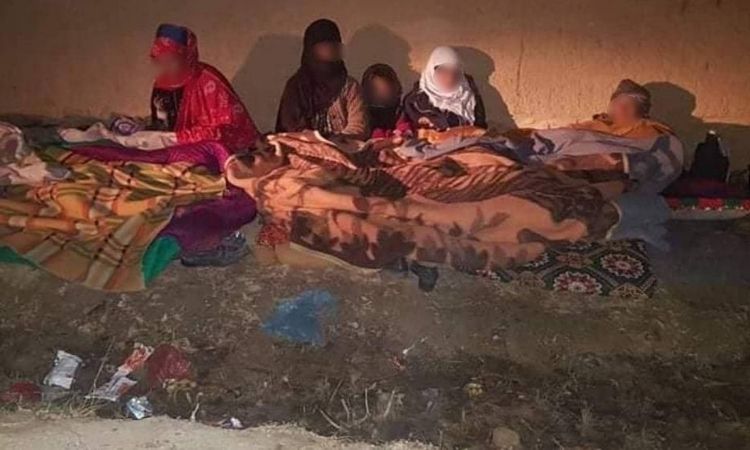 Life hasn’t been easy for Afghan women for decades, but now, it’s harder than ever. I am a 42-year old woman and while writing this, I put myself in an Afghan woman’s shoes for a minute. This is what I “lived” in that one minute: For my first 22 years of life, I lived a life of servitude, with strict rules and being treated like a second-rate citizen. At 22, though, the United States made a clear presence in Afghanistan and things began to change for the better.

For the next 20 years, I had more freedoms, like the ability to attend university to get a degree, work outside the home and to even walk down the street by myself. Suddenly, everything changed in August of 2021 when the United States pulled out completely and suddenly. I am now a 42-year old woman scared and in hiding. It is not allowed for me to go out on my own. I cannot work. My daughter cannot go to school to learn. I am back to living the limited life that I hated.

Let me pull back the curtain and show you the ‘new normal’ for Afghan women and children in Afghanistan since August of 2021.

This Is Not The Life That Afghan Women Deserve

Thousands upon thousands of Afghan women were working in prominent positions in the Afghan government and in their society in general. Many Afghan women were judges, lawyers, doctors and even military personnel in the Afghan army. Others were fashion designers, business owners and newscasters. And some worked in parliament, the Afghan National Security Forces (NASF) and flight attendants. Before September 2021, about 16% of the labor force were women and now, most of it is gone.

Their former lives are gone. Their successful careers are no more. These women are in hiding. They are hiding because they are double targets. They are women AND they had successful, independent careers. This is not something that the new barbaric rulers in Afghanistan can tolerate or enable in any way. Even female mannequin heads are getting cut off, as per Taliban orders. These hard-working Afghan women are practically screaming to be killed, simply for having successful lives and for being the ‘lesser’ gender.

When Will This Nightmare End?

These women are now in a perpetual state of despondency and hopelessness… I am referring to the ones who have managed to stay alive and out of the hands of the Taliban. Their ‘new normal’ is sharing a safe house with several other families. They are split up into one room for the men and one for the women and children. There is no privacy and no quiet… all day and all night. Their diet consists main of naan (flatbread) and tea. Sometimes, they have some herbs or spread for the naan.

There is no date of expiration on when the Taliban will ease up on their harsh policies or when they will stop targeting women who held certain positions in Afghanistan. But it isn’t just the Taliban that pose a danger to these Afghan women. Thousands of criminals were released from prisons in Afghanistan and they are now looking for those judges and lawyers that put them there to begin with. If women are in danger, then their families are in danger, too.

Widows In A Land Where Backward Males Rule

Women are no longer allowed to go outside their homes without male chaperones. So, if their husbands happened to also work for the former Afghan government or for the United States, they are also targets. They cannot leave the house. How are they supposed to live like this? Will women risk leaving their homes to sell some of the goods they own to afford food for their family and risk getting beaten or worse? Or should their husbands be the ones to leave the home, only to be caught and killed?

These women cannot afford to be widows in the kind of nightmarish life that they find themselves in. That is why so many families are displaced and living in safe houses. The Project Exodus Relief team has safe houses that keep about 120 families safe, warm and fed. Each safe house has 2-3 families or 20 single men. All of these safe houses are rented. It costs about $60 per week to rent a safe house.

Safe Houses Are On The Rise

Additionally, everything that you see in the photos is rented: the pillows, blankets, mats, kitchen utensils, rugs, etc. Toiletries, heating and food are also provided in the safe houses. There is a shared kitchen where the naan bread and tea are made daily. Bathrooms are shared as well. There are certain cultural rules that have had to be put on hold due to the living conditions that thousands of Afghan women and children are in.

It costs about $75 a month to feed one family (basic naan bread and tea), but $100 will add more nutritious items, especially for children to develop more adequately. All in all, with $150, we can house, feed and keep one family safe and warm for one month. Feel free to help us out by donating to this cause. This is an ongoing need, so there is no such thing as ‘enough.’

This Is Not The Life That Afghan Children Deserve

For the Afghan children, life is no better. Living in a constant state of panic, chaos and stress isn’t healthy. Thinking about how death is such a close reality for them and for their parents is nothing short than psychological torture that never goes away. They don’t understand it; they just know it’s there and absorb what they see, feel and hear from their parents. Babies and children, young and old, are also stuck in the safe houses, not able to play outside, to release some energy, to develop normally or to learn. This generation of children, especially girls, will be seriously impaired educationally and it will show for decades to come.

The children in the photo above are ever so blessed. In spite of them being in a safe house, they ARE learning! One of the women there, a former colonel in the Afghan army, is their teacher. She gathers the children and has a time of educational lessons for them. Not only does this help the children pass the time of countless hours indoors, day-in and day-out, but it also gives the mothers a break. Most importantly, it helps children not fall too far behind in their education. This is very important.

We need to be able to help them more. Children deserve a life of safety, peace and happiness. It isn’t too much to ask, and yet, it seems so unattainable for them, at least in the near future. If you want to donate to help us, know that we are providing what they need to survive. Any bit of help is welcomed and amazing. But if you want to go a step above and beyond, you can donate for educational materials for the children. We will get them the best we can.

Hope For The Future of Afghan Women and Children

I know that this article sounds sad and depressing. That is because it is. Remember when we first got the “15 days to slow the spread” lockdowns in the United States? Some people were really struggling to stay indoors, despite the fear of catching a virus. Imagine having to live in that state, always indoors, always quiet, in hiding, scared for your life, day after day… That is NOT living for these Afghan women and children. That is fighting to not die. We can do better. The US government can do better. They need to step up to the plate and help these people that are living in constant fear for their lives.