Afghan girls and their new fate in education 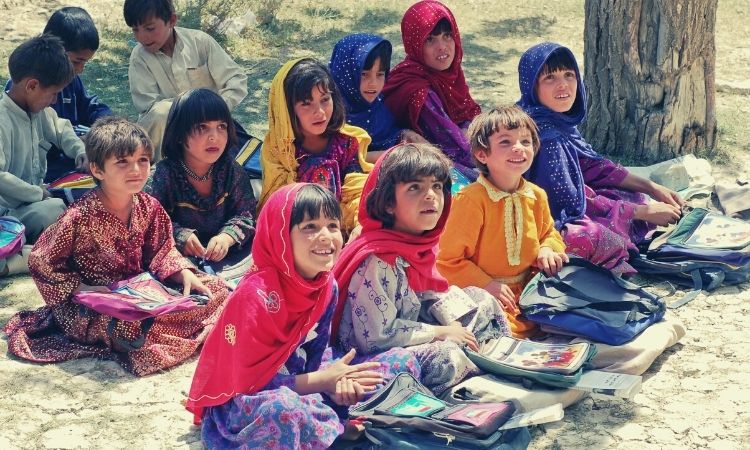 When the Taliban took over they effectively destroyed education for Afghan girls. They banned females from schools past primary grades. This takes women out of secondary and higher education. It is directly preventing them from getting an education that opens them up to stable careers. This sent many girls and young women into fear for their future.

Eventually, within a few weeks, schools were reopened to women to learn. But there’s a catch: they can with the stipulation that the schools must separate the boys from the girls. Girls can only be thought of by female teachers further adding to the issues with the teacher shortage.

Because of the limitations on who can teach female students, the already-limited schools with the teacher shortage will leave Afghan girls without teachers.

Online Education puts the power back into the people’s hands

While Afghan girls attending school is limited under the Taliban’s rule there is hope. There’s an online school run by a majority of teachers from Iran called Online Herat School. It now offers these girls the option to learn online. This school offers everything from math to fine arts. It is allowing Afghan girls that can not attend schools to get a quality education.

This option, of course, requires that these students retain internet access. This one thing alone could become an issue in Afghanistan’s struggling economy. But for now, as long as these girls have access often by a single smartphone inside the family home that they can only use at night, they have the opportunity to learn.

The future of education for Afghan girls

No one knows what will happen with time. The rules of the Taliban when it comes to education have loosened somewhat. Schools like Online Herat School allow girls both inside Afghanistan and those denied education as refugees in countries like Iran the power to learn and build a future for themselves.

The ‘New Normal’ for Afghan Women and Children in Afghanistan