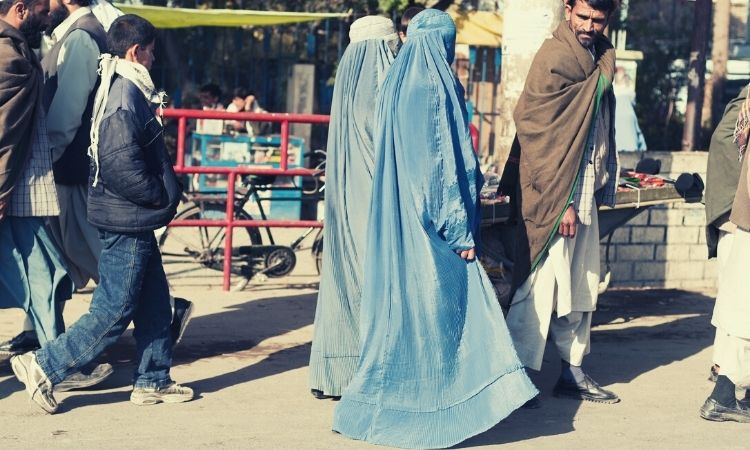 Since the Taliban took back over Afghanistan in late September, Afghan women have lost a great number of rights and privileges they had gained during the U.S. occupation of the country. Female government leaders are being hunted down. Schools closed their doors to girls. Jobs that were already quite limited for the women of Afghanistan are now even fewer.

Women are also no longer able to move around freely through the country without a male escort. This has led to a drastic decrease in the quality of life for Afghan women. Taliban has not only taken away rights that women have fought hard to gain. They have also gone back to the restrictions on women’s movement that were in place during their rule from 1996-2001.

This is a huge step backwards for Afghan women and girls who are already among the most marginalized in the world.

In March 2022, the Taliban put a full ban on girls between the grades of 7 and 12 from attending school. This effectively destroyed the hopes of education for women that do not have access to online education. The ban on education for girls has left yet another generation of Afghanistan women in fear of the future.

The Taliban put limits on women pursuing higher education. They require that they be taught only by female professors which are in limited supply.

The Taliban has banned women from most forms of paid employment. This has left female-led households in despair and put families that were surviving on two incomes back to one.

Women are banned from appearing in any form of media, including advertisements. Additionally, they banned all women from sports both professional and recreational.

Dress requirements for Women and Girls

The Taliban has reinstated the requirements to wear the Hijab, but showing full coverage options as a prelude to possible tighter restrictions. The requirements of dress for women is rapidly changing. Often, changes from male to male by opinion leaving women beaten for things such as not wearing gloves or socks.

Government Program for Women in Afghanistan

The government programs meant to fight for women’s rights including the Ministry of Women’s affairs had been dismantled. Women’s rights protesters are beaten, abused and some disappear. The Taliban destroyed the system that protected Afghanistan’s women from gender-based abuse. They appointed an all-male leadership of the country where women once held government roles.

The situation for women in Afghanistan is dire and needs to be addressed immediately. We cannot let the Taliban take away even more from these women who have already suffered so much. Join me in speaking out against the Taliban and their treatment of women in Afghanistan. Let’s work together to make sure that Afghan women have a voice and are able to live without fear and oppression.