On the Fear of Afghan Defections 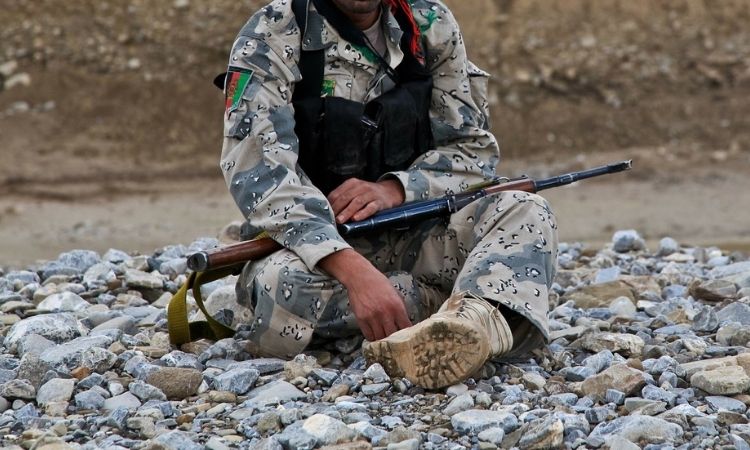 A spate of recent reporting, including most recently from Fox News, has raised the specter of Afghan defections: that would-be evacuees left behind in Afghanistan, including Afghan special operations forces, may in desperation turn to the Islamic State-Khorasan for protection.

Those of us at Project Exodus Relief are surprised and frustrated by such reporting—which seeks to paint those seeking refuge and help in a bad light.

We wish to reassure our donors and supporters, as well as the general public: The Afghans we have evacuated have been meticulously vetted, over many years, by the U.S. government. Our evacuation efforts have been focused on American citizens, visa holders, and Afghan special forces, many of whom worked closely with American soldiers for many years. These individuals are not threats to America, or to Afghanistan, or to our allies—they are heroes. They fought by our side and now they wait—and pray—that we will honor our promise and commitment to them.

“We need to hurry up and get these people out,” Project Exodus Relief founder Mike Edwards says. “They’re waiting for us, they’re trusting us, they’re very loyal. If we get them out as we’re supposed to do, that’s not going to happen.”

In addition, there are plenty of analytical reasons to question such reporting. For instance, those who fought against the Taliban would be unlikely to simply ally themselves with even more extreme terrorists. And, it is unclear why the Islamic State would even accept relations with U.S. collaborators. “Those guys are super loyal,” Edwards says. “I don’t think they would even have the ability. They would be killed on sight.” As another of our U.S. special forces veterans puts it, they are the “high-hanging fruit.”

… but they are not impossible

The latest piece of reporting, courtesy of Fox News, seems to draw its conclusion largely from a quote by one U.S. veteran—and even that quote is noncommittal. Described as a “human intelligence officer,” the source asks, “what would a person do to save their children or their family if they’re threatened by ISIS, KP or the Taliban? What would you do? We can only consider the worst.” Hardly an ironclad prediction, in other words.

Of course, that eventuality remains a worst case scenario—plausible, but only should we not collectively step up efforts to evacuate those vulnerable Afghans. “They still believe that we’ll get them out,” Edwards clarifies, referring to his own discussions with our network in Afghanistan. “That’s what’s keeping them strong. If they would ever consider it, staying in contact with us keeps them going. But they are running out of food. And eventually, maybe, they’ll have to do something else. It would only happen if there were literally no other options.”

And right now, we do have options. The loyalty of the Afghans in our orbit remains steadfast, despite the many months that have passed, and the horrors that have been inflicted on the Afghan people. It is up to us whether that remains the case in the long-term.

We need to step up

In the weeks and months to come, then, it is essential we provide all the help we can to those seeking refuge from Afghanistan. And in the months and years that follow, we must transfer our energy and efforts into hospitality. We must open our arms to refugees arriving into the United States from Afghanistan. Reporting that casts doubt over the motivations and heroism of those that fought by our side will not help. It will only make the country more hostile to those who need us now.

“I don’t think any immigrant or refugee who is vetted is coming to harm Americans,” Edwards concludes. “These guys are loyal to us to no end. If we rescue them and get them to the United States, they will fight for us. They just want to know they are covered; that they are protected.”

In other words, if we accelerate our efforts to evacuate vetted Afghans now, possible defections will not be a concern.