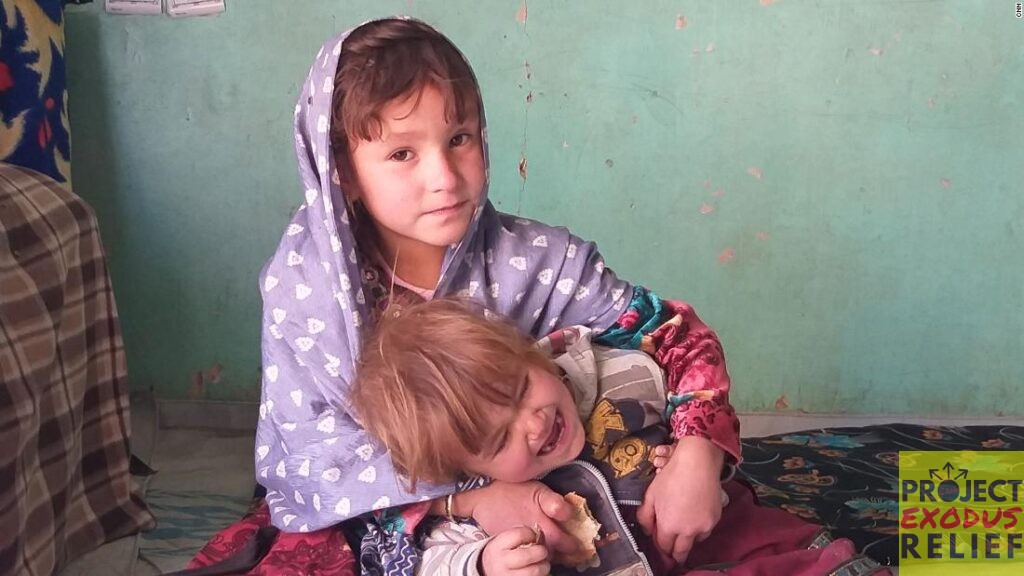 Afghanistan families are selling women and daughters in desperation to survive in the brutal new realities of life under the Taliban. With little or no food, money, or clothing – many families are having to make extreme measures to survive.

All at the grave expense of women and daughters targeted by the Taliban.

Therefore, there may be no larger group of individuals at risk in Afghanistan than women and girls. With millions of families across Afghanistan, the Taliban – now with absolute power – have changed every facet of living in the country.

Many families who could only earn a few dollars a day now are faced with having to sell their daughters as repayment for debt or as a means to allow other family members to survive.

Debts can be as little as a few hundred dollars which force families into this situation. Others are even less fortunate: unable to work due to economic collapse or disabilities with no chance of ever earning enough money.

With the economic collapse in Afghanistan, people are unable to work or access humanitarian resources that they may have prior to the exit of the American military. That means food, clothing, and shelter are all increasingly difficult to obtain.

Many will not survive due to hunger, or the brutal winter.

That leads many to do what they once thought was unfathomable: sell their daughters for money.

It is not a decision that is made lightly. Families report severe guilt, shame, and anxiety.

Some children, like Parwana Malik, are only 9 years old being sold to become a bride to a 55 year old man, according to CNN. She is worried that she will be beaten or tortured.

“If we have food and there is someone to help us, we would never do this”

While marrying under the age of 15 is illegal in Afghanistan, it still occurs. The frequency has only increased since August as desperation spreads amongst families.

“If we have food and there is someone to help us, we would never do this,” Rokhshana, a grandmother of two small girls said through tears to CNN. “We don’t have any choice.”

Taliban: If You Don’t Have Money, You Have Women

As reported by the Wall Street Journal, a former businessman – turned a newly-appointed Taliban official – went to the home of a family who owed more than $250,000. The Taliban official demanded the woman who answered the door to repay the debt.

“If you don’t have money, you have sisters.” He demanded Ayesha and her four sisters be sold as debt repayment to the Taliban. The women would be married to the man and his four sons.

Despite public statements to the contrary, the Taliban has not demonstrated regard for women’s rights. Women will not hold positions of authority in the newly-formed government. Women are frequently terrified to leave their home, cannot wear any westernized clothing, and are rapidly being forced out of education.

Any forward progress for women’s rights, activities and education that the United States helped cultivate in Afghanistan has been reverted by absolute Taliban rule.

Once an Afghan girl is removed from education, her chances of being sold or married off significantly increases. And once she is married at a young age, any chance of independence or continued education is virtually zero.

At a young age, these girls are clearly too young for consensual sex. Many girls face complications in childbirth due to underdeveloped bodies. Pregnancy-related mortality rates are nearly double for 15-19 years old versus 20 to 24.

How You Can Help

Women who remain at risk in Afghanistan are kidnapped, raped, and tortured as a cruel method of payment to debtors or forced marriages. As heartbreaking and devastating as these conditions are, you can actually do something to help those women and daughters in need of rescue.

By donating to relief organizations we have partnered with, such as the Sentinel Group, Rescue Relief International, and Rafiq – Friends of Afghanistan, these funds will help provide families in need of food, clothing, and safe shelter.

These funds will help provide the funds necessary to families that feel that they have no other choice but to sell their women and daughters.

It will also help provide money for safe housing or evacuation from Afghanistan completely, should they meet the requirements for evacuation (Special Immigrant Visa, Visa, Legal Permanent Residents, or American Citizens).