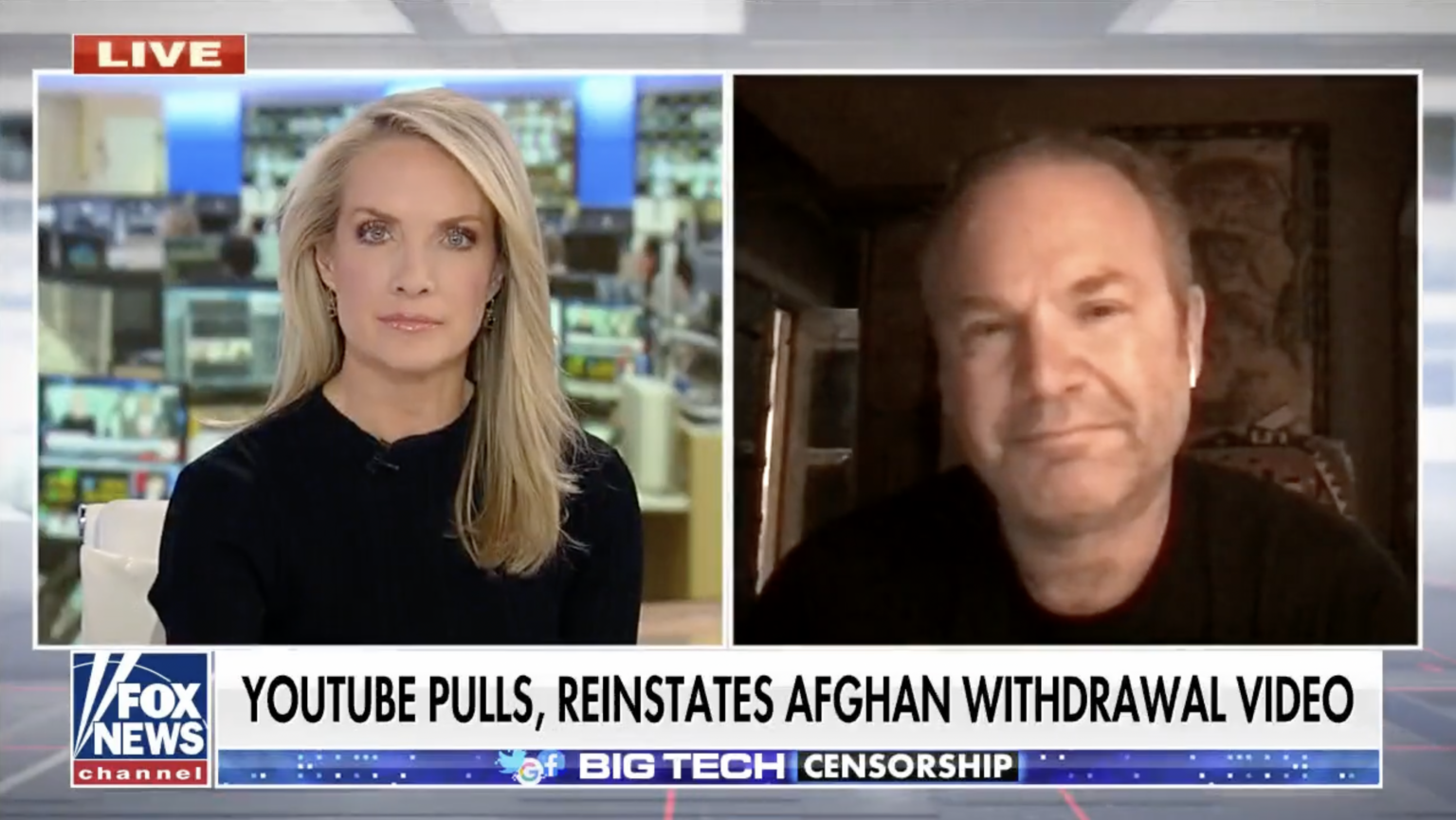 Another case of “Big Tech” censorship?

Five for Fighting singer and songwriter John Ondrasik recently released a song and video, “Blood on My Hands” on YouTube criticizing the withdrawal of the Afghanistan. The video included clips of “graphic” Taliban imagery, according to YouTube, and it was quickly pulled just as it began to go viral.

Ondrasik included a graphic warning disclaimer at the beginning of the video to let the audience know that the content would not be suitable for younger audiences due to images of Taliban atrocities. Ondrasik also properly tagged the video as not suitable for children, per YouTube policies.

But soon, YouTube pulled the video and sent Ondrasik a statement that it was against YouTube policies. Despite “a quick ten minute search revealing much more graphic imagery on YouTube”, Ondrasik feels he was unfairly targeted as the video criticizes the Biden Administration for the hasty Afghanistan withdrawal, and the humanitarian crisis that ensued.

“After experiencing the reaction to ‘Blood On My Hands,’ particularly from veterans, I felt a calling to document with images, music and commentary America’s withdrawal from Afghanistan, and its ongoing ramifications. To leave out images of the atrocities of the Taliban would have done an injustice to the victims, and would not have been an accurate representation of the ongoing reality. We did our best to not be gratuitous, and frankly removed clips and images that were even harder to view. I didn’t think much about the reaction.”

Ondrasik wrote the song to honor those left behind in Afghanistan: American citizens, Afghan Special Immigrant Visa Holders, and anyone targeted by the Taliban – such as innocent women, children, and LGBTQ+.

YouTube has since allowed Ondrasik to add the video, albeit a version without any controversial imagery. They also issued an apology, but only after Ondrasik protested the censorship.

You can watch an interview with Fox News’ Dana Perino and John Ondrasik below, as well as the “Blood on My Hands” video on YouTube as it exists today.

Project Exodus Relief is incredibly grateful to John Ondrasik for his continued dedication to raising the questions and attention the Afghanistan humanitarian crisis and evacuation efforts deserves.